One of the benefits of the summer mornings’ early sunrise is the ability to be up and walking in the great outdoors before the world awakes. Driving at dawn I saw muntjac deer, a fox, rabbits and an abundance of wood pigeons and magpies, all inhabiting the roadside on my way to the Hertfordshire village of Flaunden. Donning my camera backpack, I set off to explore the next section of The Chiltern Way. The sky was a cloudless blue, and the sun was just peering above the horizon: it was going to be a hot day!

Rejoining the path where I had left it on my previous ramble, I was greeted with an overgrown pathway alongside what I soon discovered were multiple horse pastures. I took a deep breath and strode along the cramped alleyway between fence and bush, conducting multiple rapid salutes to two white horses as an attempt to break the spider web trails veiling my face. 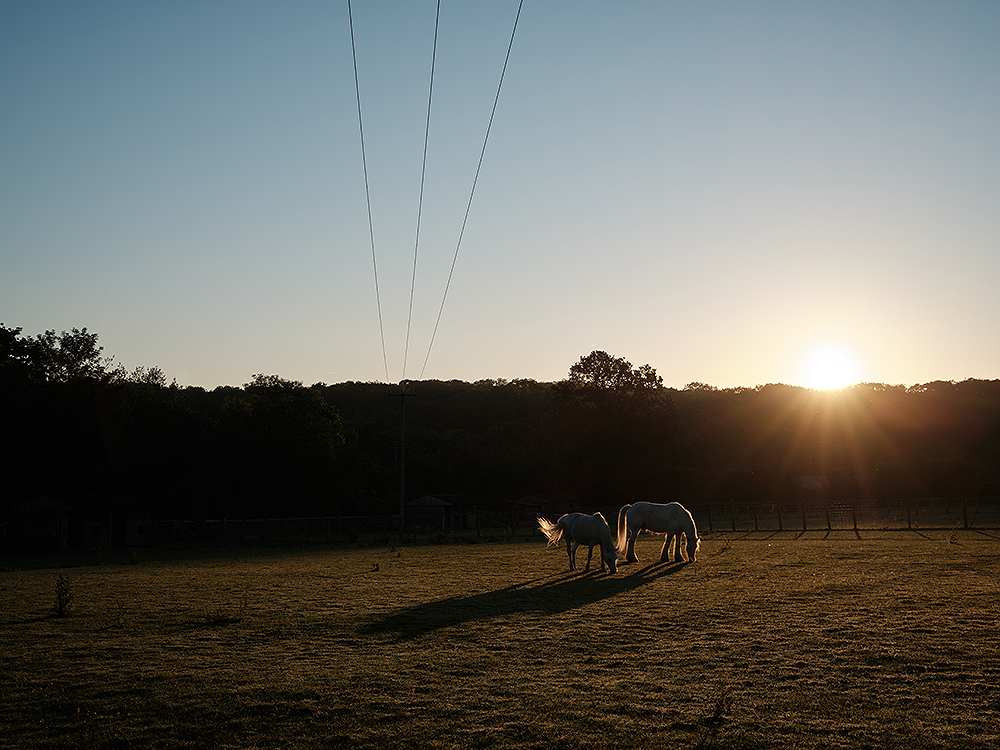 There’s a certain majesty about exploring the world devoid of any other human beings: it’s like journeying down the rabbit hole to a secret world. As a child I loved the children’s TV show ‘Jamie and the Magic Torch’ and now I definitely felt I was experiencing my very own Cuckoo Land, minus Mr Boo and all the others too! I continued until, as if my mind had willed it, I witnessed my very own visual portal to another world. 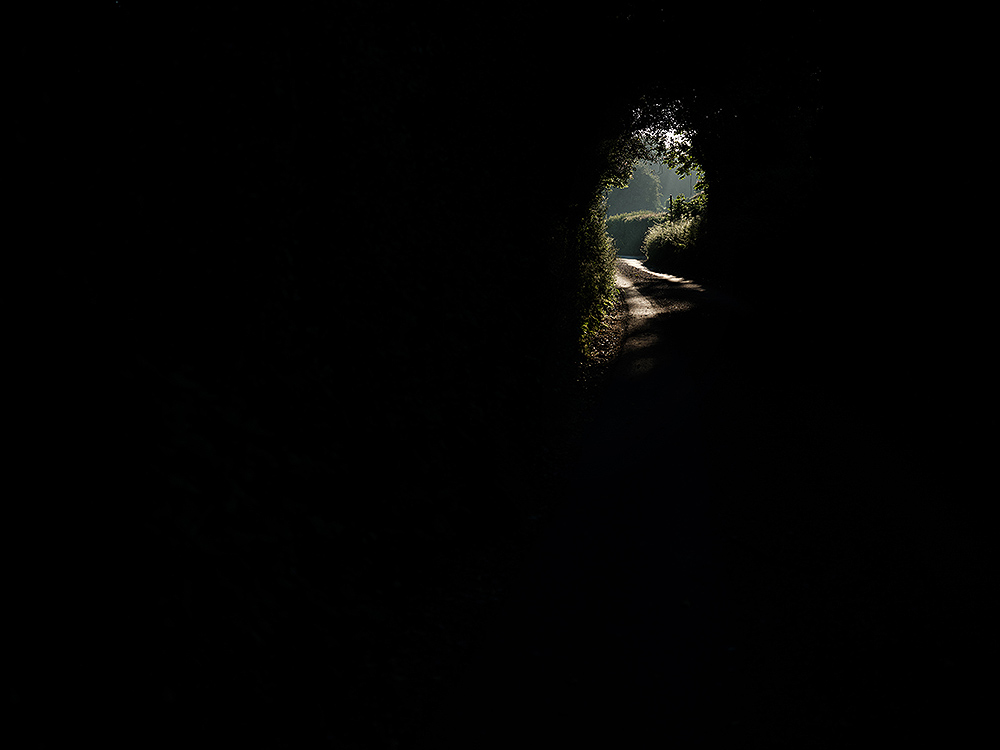 Having traversed into another plane, I turned right past some farm buildings and onto a dirt track running alongside more horse pastures, this time overlooked by a rather large house, with a commanding presence – like Southfork Ranch from the US soap ‘Dallas’ (there is definitely a 1980s’ theme developing here). In the garden was a solid looking concrete gazebo structure, complete with empty bottles and glasses from the previous night’s festivities. I smiled to myself and looked up to see my first human being of the day: a young, red-faced woman pulling two reluctant horses with rope attached to their bridles. I bid her good morning and she smiled: “It will be when I get these two up the lane!”. 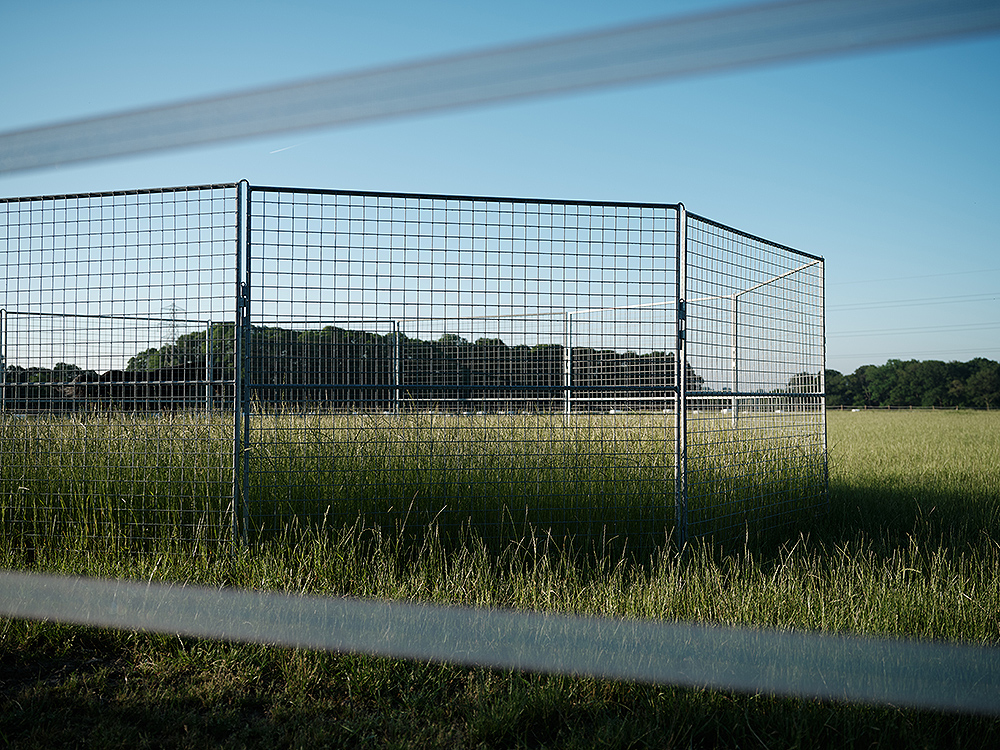 I passed Great Sarratt Hall and began to recognise the landscape. I could see the bend in the Chess Valley that leads to Sarratt Bottom – a popular spot for my family and I to visit at weekends. I arrived at Sarratt’s 12th century Holy Cross Church. I’ve often walked through the churchyard on our Sunday stroll, normally to the Cock Inn opposite for a Sunday roast, but have rarely stopped and spent time in the church’s grounds. At 7am it is understandably quiet, and I had the peace and tranquillity all to myself. 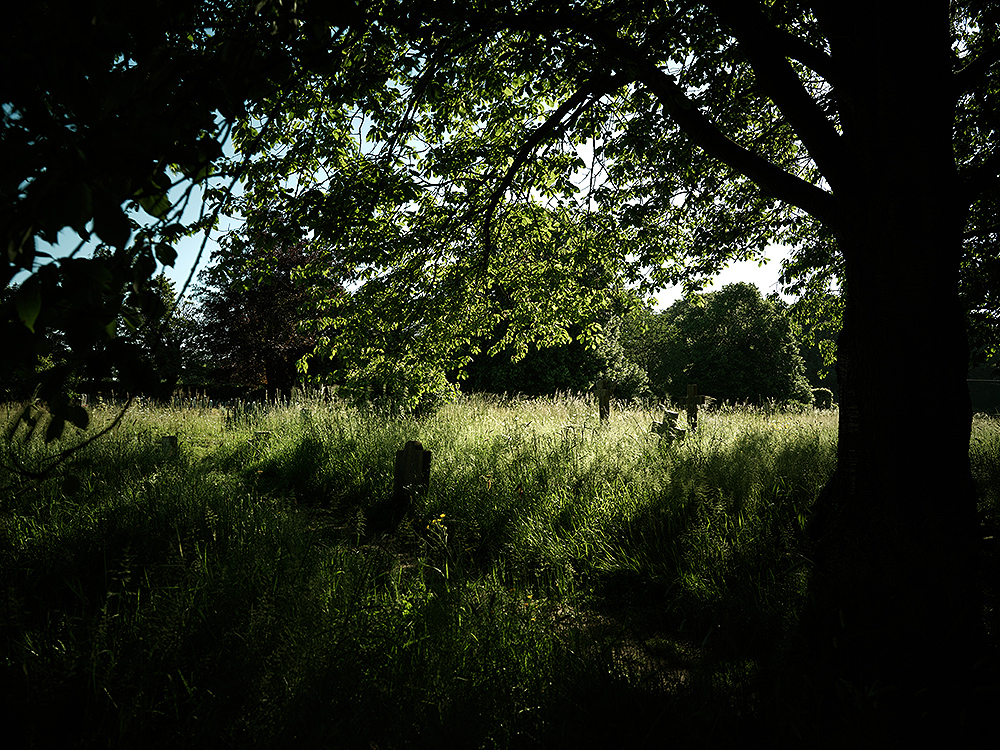 I began my descent to the beautiful chalk stream the River Chess. Having spent two years documenting the Chess for my book ‘The River Meadow at the Pile of Stones’ I always feel a pang of excitement when I near its waters. Compared with its source in Chesham, the Chess is wider and deeper at Sarratt and, as it nears its confluence with the River Colne and, ultimately, the River Thames, looks in its prime. Sadly, this is under severe threat from repeated discharge of raw sewage from the Chesham Sewage Treatment Works, highlighted by this article in The Guardian.

At times of exceptional storm conditions, the Works can discharge untreated sewage into the river – this is known as a Combined Sewage Overflow and is a legally permitted activity. However, it is an ongoing concern, affecting the health of the river, the people who use it and the wildlife that depend on it as it flows downstream. And none more so than watercress farmer Jon Tyler. 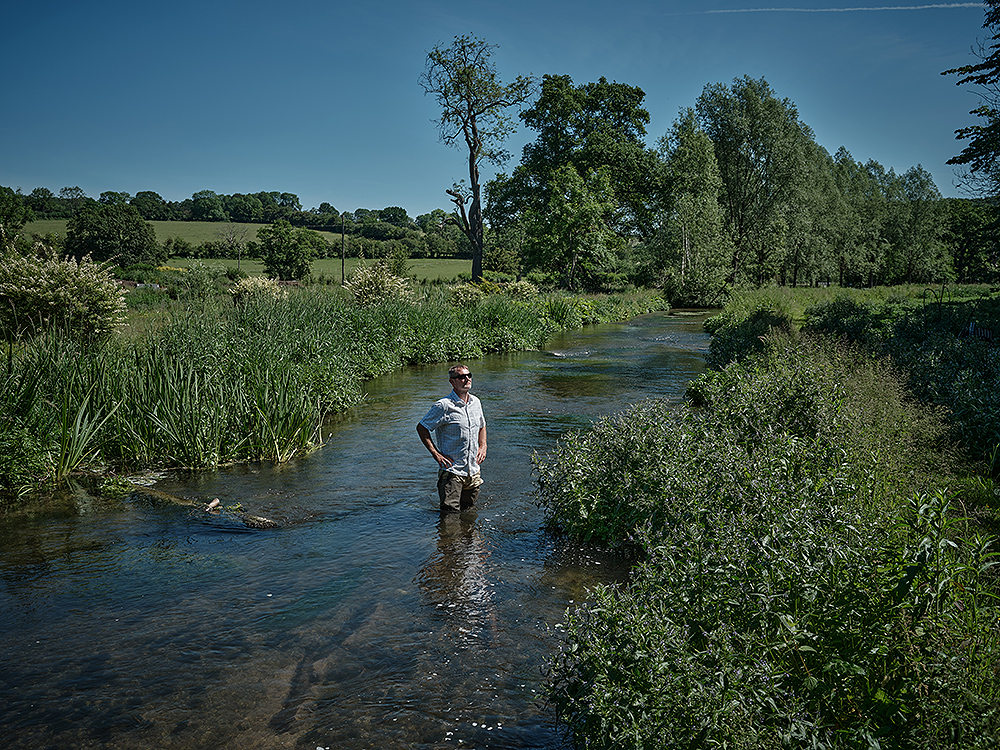 “My great-great grandfather rented this farmland in 1886 to produce watercress. His wife would go into London on the Metropolitan Line and sell it from a barrow in the old Covent Garden Market.”

Jon is the fourth generation of his family to farm watercress, and his nine-year-old son would dearly love to carry on the business but, since 2014, Jon has been prevented from using the river water to produce cress commercially.

“The health department from Three Rivers District Council took us to court and succeeded in getting an order preventing us from ever using river water to produce watercress again. This is because of untreated sewage being discharged into the river from the Chesham Sewage Treatment Works. Given that we were here first this is ludicrous.”

Jon’s frustration is obvious, but he is trying to remain positive by using the river to develop other revenue streams.

“We’ve always sold refreshments at the gate of the farm, so I’ve moved the shack further down to meet the path of the Chess Valley Walk. We’ve also refurbished the seed shed and turned it into a bed and breakfast and I am booked up for the rest of the year!”

Jon and his late father started diversifying in 2007 by growing cricket bat willows, he had his first harvest last year. As for the redundant cress beds, he’s dug some of them out to grow brown trout and has developed a pond to grow carp to sell to fisheries – he’s preserved the rest in the hope that one day he can grow cress again. 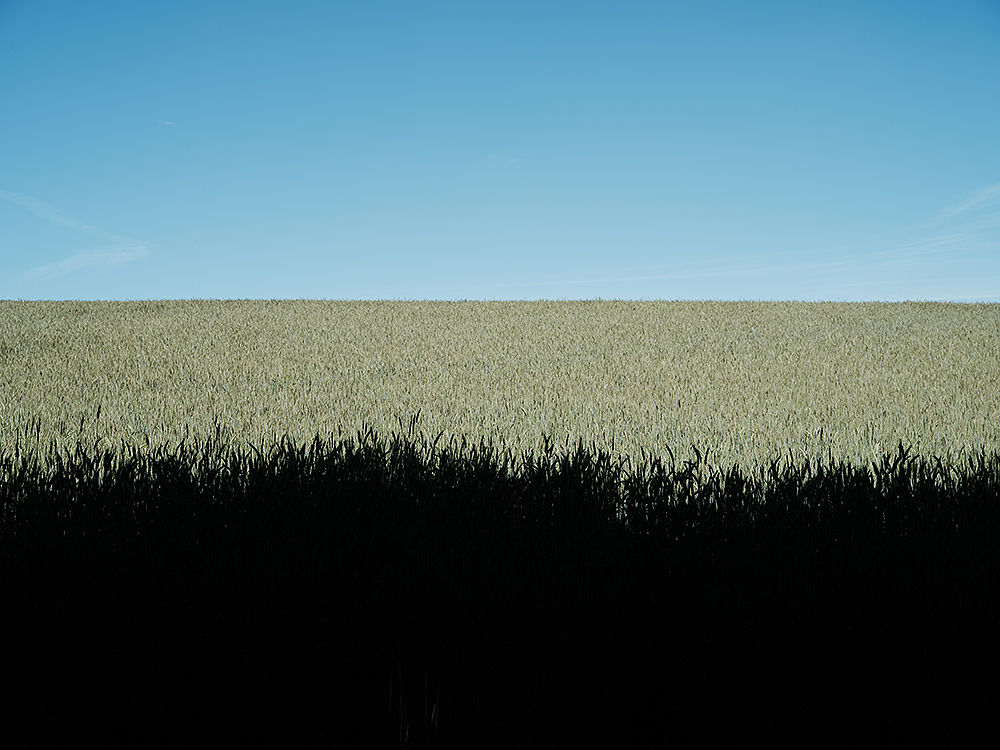 As I continued on The Chiltern Way towards Chorleywood, I felt inspired by Jon’s story. I love the River Chess, but Jon truly is a man of the river. I am in awe of his inventiveness and tenacity and genuinely hope he doesn’t drown in these battles of adversity and remains afloat to help his family survive and inspire the next generation to preserve this precious river and its environment.

Matt Writtle is a photographer based in Chesham, Buckinghamshire.