It’s been two months since I ventured out to explore The Chiltern Way. I took a much-needed two-week holiday in August in beautiful Dorset so decided to wait until September to continue on my ‘Constant Ramble’…

As I re-joined The Chiltern Way, at Bottom House Farm Lane, Buckinghamshire, I shivered and smiled to myself “It’s autumn!”, yet was calmed by the contented sensation that nature and rambling induce, especially when the sun begins its rise above the horizon to awaken the world to another day of discovery.

Almost immediately I startled a herd of sheep, who surveyed me suspiciously, staring at me like Mona Lisa as I passed by. Before long I arrived at the outskirts of Brentford Grange House and Farm and entering a small coppice, I could make out the faint sound of laughter coming from more than one mouth. I crossed a small bridge above a dry channel. The laughter increased until I saw, to my left, hundreds of mallard ducks on a small pond. Unlike the sheep, as soon as they saw me they took to the skies, like Trafalgar Square pigeons. This alerted my presence to a herd of Belted Galloway cows (or bulls: I can never tell which when udders aren’t present). Unlike the sheep and the mallards, they stood firm, eyeing me without fear as they nonchalantly munched on the grass. It was my turn to be vigilant and was thankful for the barbed wire fence that separated us. 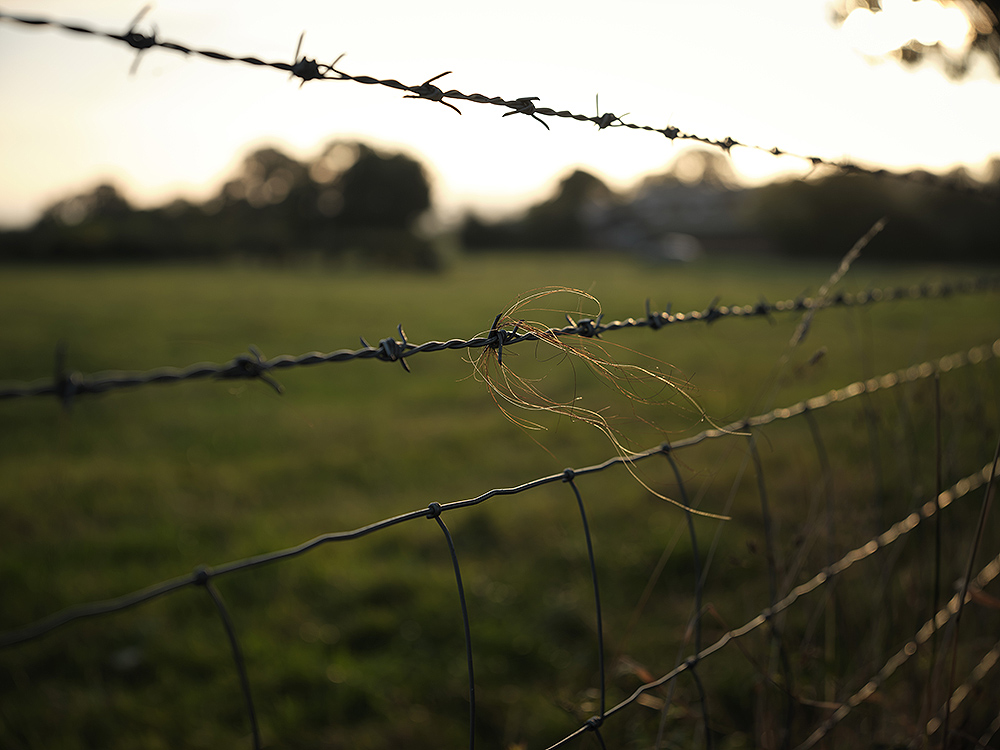 Arriving at the busy A355 Amersham to Beaconsfield road, I headed west in the direction of Coleshill. The route took me directly through fields whose harvest had already been reaped, leaving the stumps of its crop. I find this visually stimulating: I am intrigued by the way the graphic lines criss-cross the field, as paths and fences run parallel, offering alternative visual representations on how we, as humans, imprint our activity on the land. 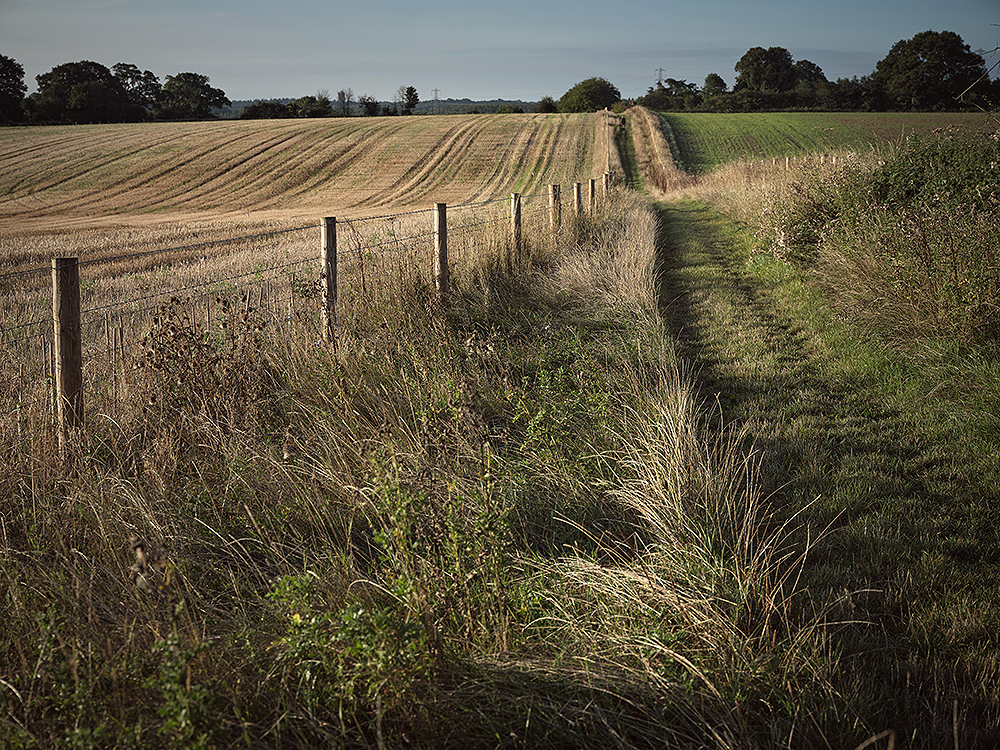 I felt myself paying special attention to the mood the weather was creating: it was cool, with a stronger than gentle breeze, the sun was still low and I had a desire to curl up in a warm ball and lose myself in my own thoughts. It’s the same feeling I have from mid-August to early September, when I feel at my most inspired. I have, for some time, tried to understand why this feeling envelopes me, so began documenting any scene that inspired this and posted them on Instagram. Furthermore, I have created a name and a fictional dictionary definition for this mini season:

Sautumn. (SAW-t-uh-m) noun. derivative.
A brief period when summer begins its transition into autumn. In the northern hemisphere runs from mid-August to early September.

As I have tried to rationalise this feeling, I have surmised it could be the consequence of childhood romanticism, when the change in season coincided with the beginning of a new school term, but I think it’s more than that: the hue of light subtly changes as the sun’s angle of projection reduces. Almost unnoticed, the shadows gently lengthen, and the surrounding environment purveys an aura of melancholic majesty, a graceful peak before it recedes into preservation against the winter chill, becoming ready to blossom again the following spring, thus continuing the circle of life.

I arrived at the village of Coleshill and needed a snack. Pausing at the village common I discovered my laughing friends again, floating and breakfasting on the pond. I smiled; they must have flown here after I disturbed them earlier. Swallowing a couple of dates, I noticed a leafless tree half submerged in the pond. As it lay in shadow it resembled a night scene: sleeping on one side, with its bare branches – illuminated by moonlight – vanishing into the darkness of the pool. 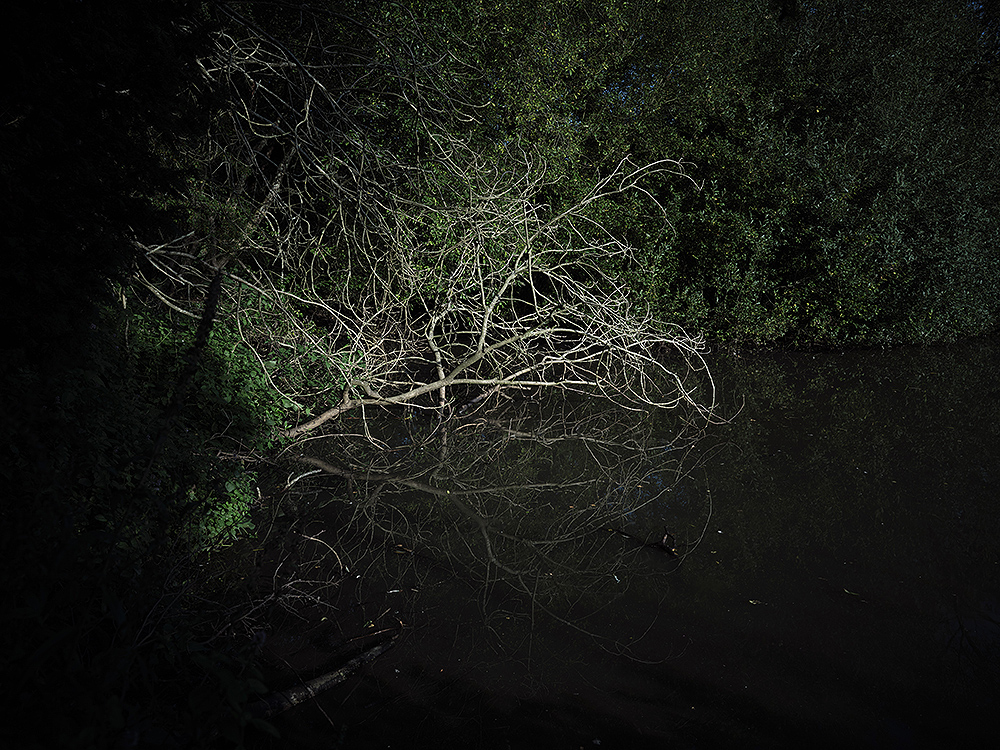 Leaving Coleshill, I arrived in an open, half-ploughed field punctuated with the unmistakable sound of metal cutting stem and rattling flint stones, underpinned by the drone of a tractor engine. I waited in shoulder-high wildflowers, hoping the driver would see me and not mistake me for a Prickly Poppy. Fortunately he spotted me, waved and turned 180° to begin the cutting of his next row.

There was an overriding theme of change developing on this walk. I soon came across a long pile of hedge trimmings. I stopped and paid specific attention to the hedge, the recently ploughed – now dirt – field and an intermittent buzzing sound of a ‘march’ of electricity pylons. I’ve already fictionalised ‘sautumn’, why not also create a collective noun too? 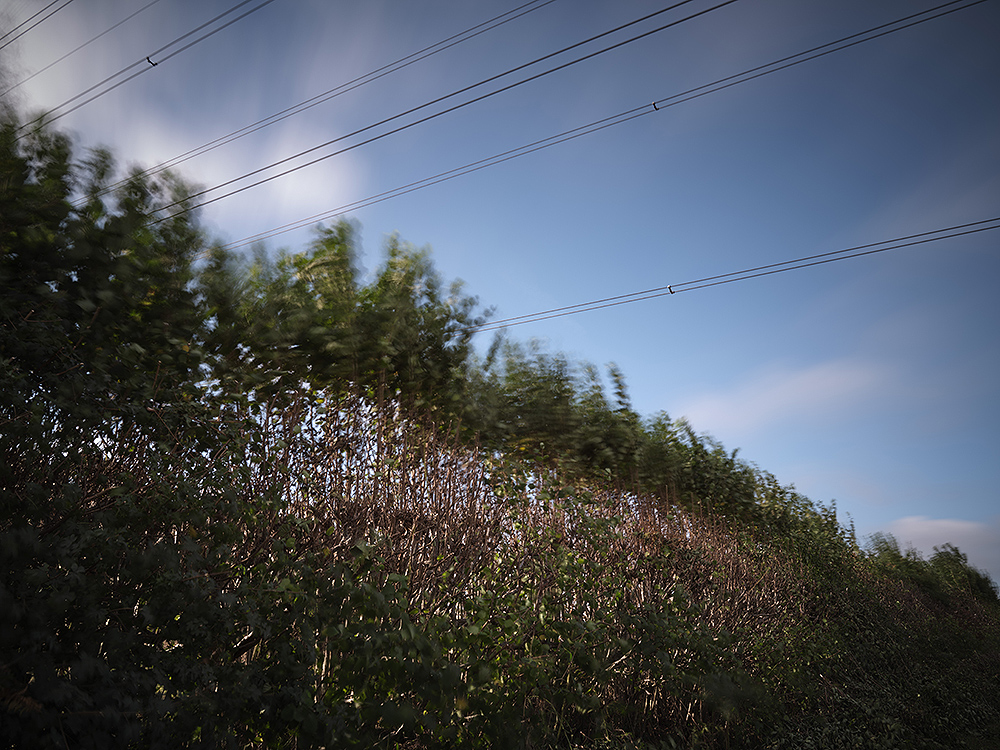 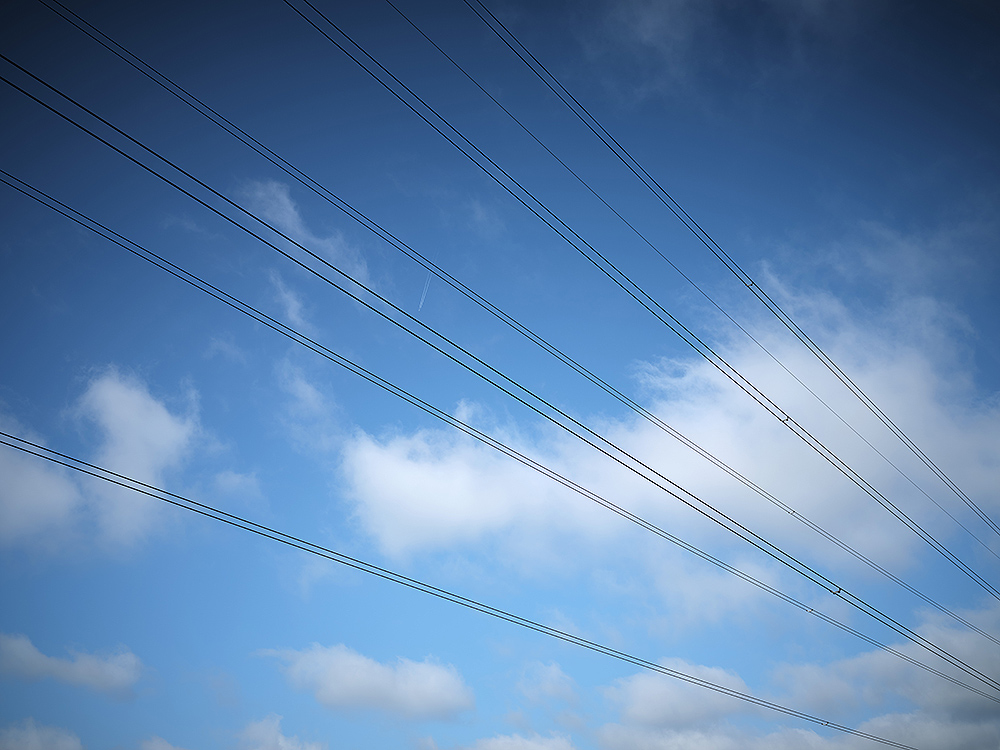 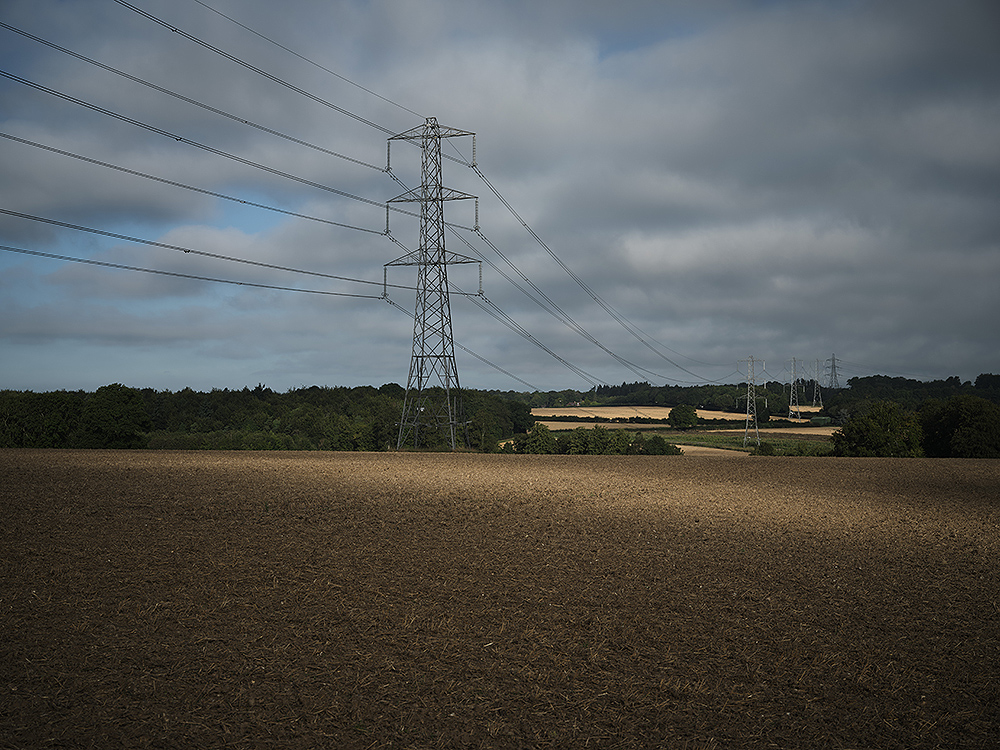 As the sun reached its zenith for the day it told me, along with my stomach, that it was lunchtime. Conveniently, I had arrived in the village of Winchmore Hill, a small 12th century settlement grouped round a Common, and it was here I sat and ate my sandwiches. Sitting there I noticed a set of 5-a-side football goals. I’m a fan of football, not because of the tribal posturing, but because it follows a set of rules that engage people from all cultures across the world. In a world beset by division, it’s heartening to know an activity exists that can unite. 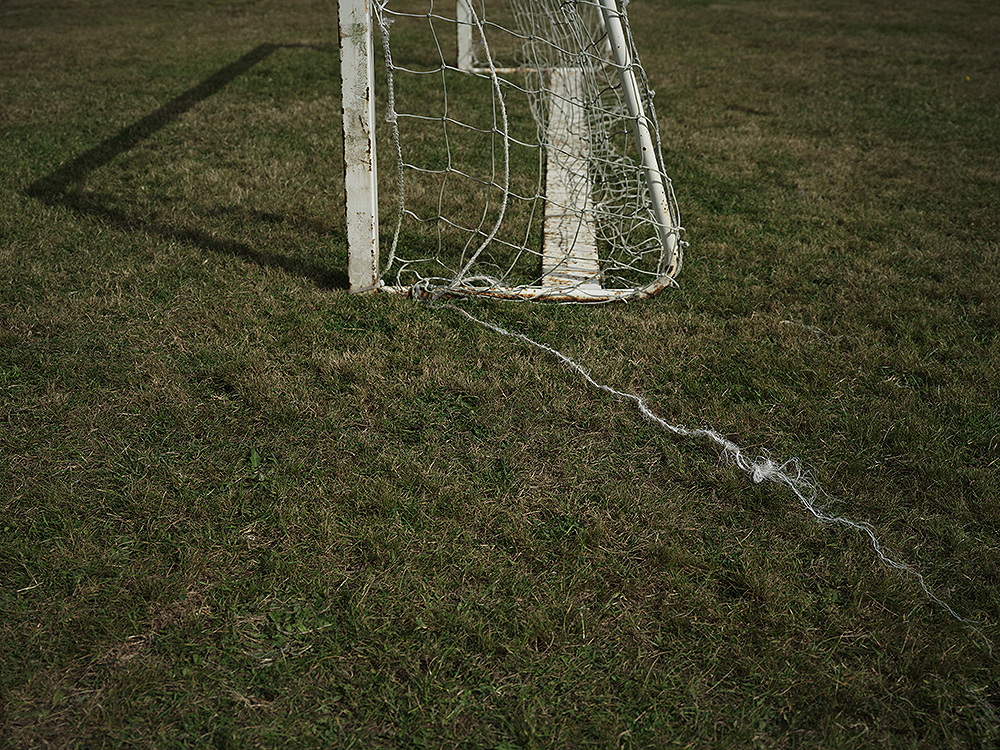 As I neared the walk’s end in the village of Penn, the sound of chainsaws and tractor engines punctuating birdsong and dancing trees induced reflection of the powerful sense of seasonal change I had felt on this walk. As the northern hemisphere gently begins to turn its face away from the sun, the natural world begins its cycle of decline in the interest of preservation – I feel in awe of how miraculous and selfless this is. I pondered: if the health of the planet were as popular as football, maybe we, as humans, would do more to unite to attain the harmonious equilibrium required to protect the environment that is struggling to sustain us. 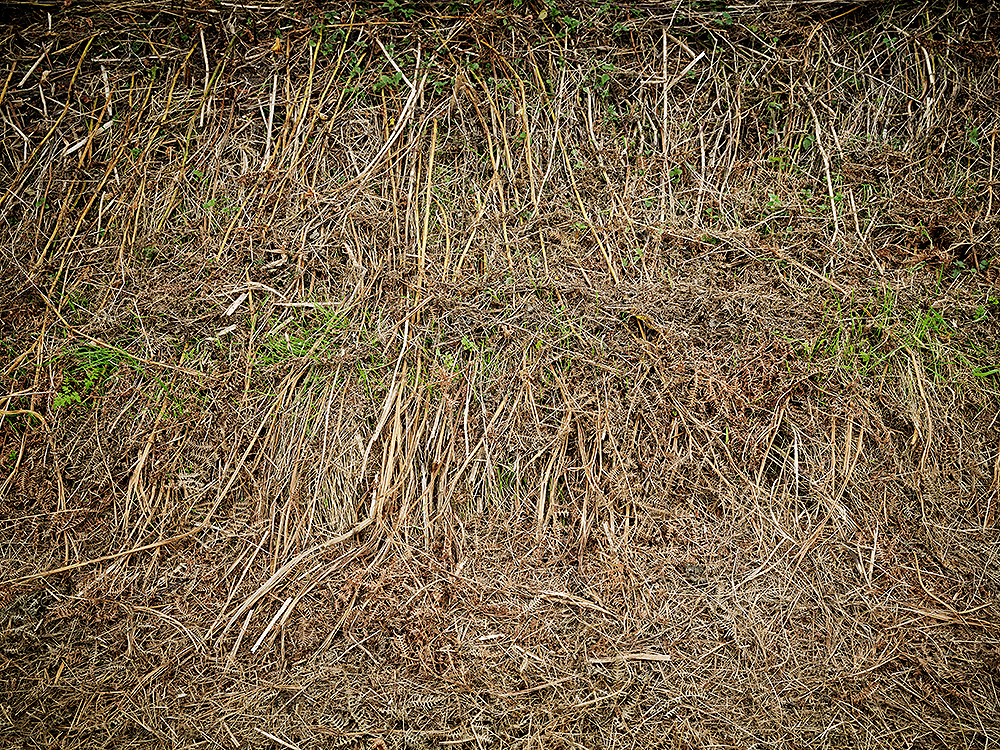