Today sees the launch of my directorial debut with the film ‘Pagans’. Pagans [enemies] is a short film portraying the life of 19 year old Dianni Marriott, aka Dboy, and the world of youth violence surrounding him on the streets of Brixton, London. 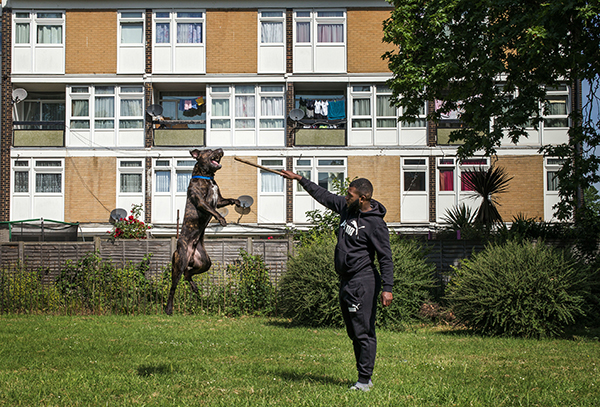 Born into a world of gangs, guns and knives, Dboy has gone from victim to perpetrator and now target and wants to get out of life ‘on road’ before he falls to the same fate as his uncle Adrian Marriott who was gunned down when he was just 21.

I met Dboy through my work with Evening Standard Investigations Editor David Cohen, who I have worked closely with on the paper’s campaigns over the years, the latest of which focuses on youth violence in London.

Having spent the day photographing Dboy for the newspaper article, he then approached David and me to ask if we would make a film about his life, and if I would direct it. To get access to someone living a life ‘on road’ is rare and I hope this film captures how the environment in which we live impacts on our lives. 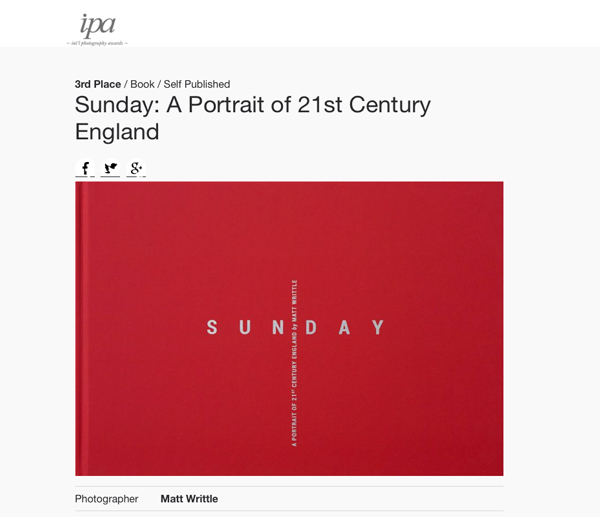 It’s been almost a year since the launch of my book ‘Sunday: A Portrait of 21st Century England’ at the Photographers’ Gallery, London, and I’m pleased to announce it has received worldwide recognition at the International Photography Awards. The book won 3rd Prize in the Professional, Self Published Book category marking a double celebration as I was thrilled to learn from my distributor, on the same day, that the Tate Modern, London, are to stock the book.